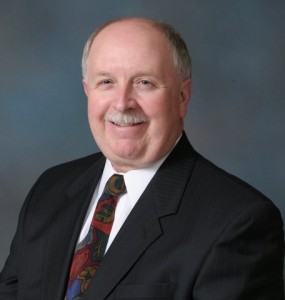 Finding and developing talent in the franchise industry is very different from the traditional corporate world. Franchisors have to find the right talent to build the business and maintain the brand. Bill Williams is a Franchise Advisor who works with Franchisors to help them find the right talent for their organization. Listen as Bill talks about the qualities needed in a successful franchisee along with franchise owner Monte Bruner with The Dentist’s Choice. Bill knows what it’s like to want to control your destiny by owning a business.

He began his career as an officer in the United States Army where he served for several years and is a Vietnam veteran.   For more than 25 years, he was an executive with technology companies, responsible for training, support, operations and IT.

After experiencing “his final corporate reorganization,” he became an adjunct career consultant with Right Management Associates, the firm who provided his outsourcing services and realized he is, at heart, an entrepreneur.

It was there that he discovered his passion to help others discover their full potential. “As a consultant, I helped them get past the anger and shock of being fired and see this as one of the greatest opportunities of their lives,” he says. “Often, they chose to ‘hire themselves’ and start their own businesses.”

Bill also had aspirations to be his own boss. He wanted to run a business that capitalized on his military and corporate experiences to help others realize their dreams. Research showed that the structure and track record of franchise businesses increased an owner’s success rate.

Genuine. Seasoned and wise. Of the highest integrity. Respected and trusted. Caring. An excellent listener with your best interests at heart. That’s how Bill’s colleagues and clients describe him. He speaks and writes on career issues and hopes to write a book one day soon, “Golf as a Metaphor for Life”.

An avid runner and golfer, Bill has been married to his wife, Lucy, since 1969. They live in Marietta, Georgia, and have three adult children, all married and in their own careers, and two, soon to be three grandchildren.

Bill can be reached via email at bwilliams@4axxiom.com.