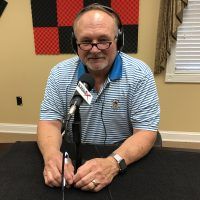 To Your Health With Dr. Jim Morrow – Episode 35, Medical Myths

Vaccines cause the flu. We only use 10% of our brains. You’re more likely to get sick in cold weather. Dr. Morrow covers a number of medical beliefs we’ve picked up throughout life which we need to reconsider and discard. Listen in to find out what is true and what is a myth. (And we also celebrate Dr. Morrow’s birthday!) “To Your Health” is brought to you by Morrow Family Medicine, which brings the CARE back to healthcare.

The complete show archive of “To Your Health with Dr. Jim Morrow” addresses a wide range of health and wellness topics, and can be found at www.toyourhealthradio.com.