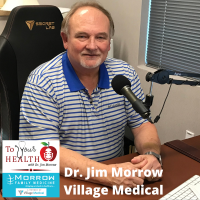 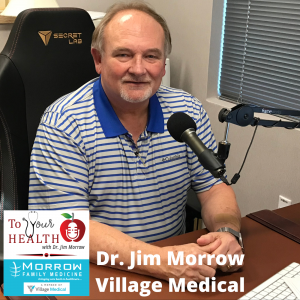 Monkeypox (Episode 76, To Your Health with Dr. Jim Morrow)

Host Dr. Jim Morrow with Village Medical discussed monkeypox on this episode of To Your Health. After a brief update on COVID-19, Dr.Morrow covered monkeypox’s similarities to smallpox and chickenpox, where it originated, its symptoms and complications, treatment, and much more.

To Your Health is brought to you by Village Medical (formerly Morrow Family Medicine), which brings the care back to healthcare.

Village Medical, formerly Morrow Family Medicine, is an award-winning, state-of-the-art family practice with offices in Cumming and Milton, Georgia. The practice combines healthcare information technology with old-fashioned care to provide the type of care that many are in search of today. Two physicians, three physician assistants and two nurse practitioners are supported by a knowledgeable and friendly staff to make your visit to Village Medical one that will remind you of the way healthcare should be.  At Village Medical, we like to say we are “bringing the care back to healthcare!”  The practice has been named the “Best of Forsyth” in Family Medicine in all five years of the award, is a three-time consecutive winner of the “Best of North Atlanta” by readers of Appen Media, and the 2019 winner of “Best of Life” in North Fulton County.

Dr. Jim Morrow is the founder of Morrow Family Medicine. He has been a trailblazer and evangelist in healthcare information technology, was named Physician IT Leader of the Year by HIMSS, a HIMSS Davies Award Winner, the Cumming-Forsyth Chamber of Commerce Steve Bloom Award Winner as Entrepreneur of the Year and he received a Phoenix Award as Community Leader of the Year from the Metro Atlanta Chamber of Commerce.  He is married to Peggie Morrow and together they founded the Forsyth BYOT Benefit, a charity in Forsyth County to support students in need of technology and devices. They have two Goldendoodles, a gaggle of grandchildren and enjoy life on and around Lake Lanier.

The complete show archive of To Your Health with Dr. Jim Morrow addresses a wide range of health and wellness topics.

Monkeypox is an infectious viral disease that can occur in both humans and some other animals.

Typically there are swollen lymph nodes behind the ear, below the jaw, in the neck or in the groin.

This is followed by a rash that forms blisters and crusts over;

The time from exposure to onset of symptoms is on average 12 days; though ranges from 5-to-21 days.