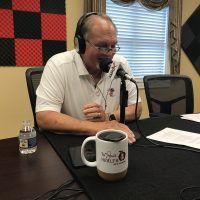 To Your Health With Dr. Jim Morrow: Episode 12, The Case to VaccinateJohn Ray
Download Audio

Episode 12, The Case to Vaccinate

On this edition of “To Your Health With Dr. Jim Morrow,” Dr. Jim Morrow makes the case to vaccinate, arguing that vaccines are safe, necessary, and they work. The fears “non-vaxxers” have on the side effects of vaccines are not based in any proven scientific evidence. “To Your Health” is brought to you by Morrow Family Medicine, which brings the CARE back to healthcare.

Measles Has Been All Over The News

The best reason to vaccinate yourself or your child is, well, SCIENCE!!