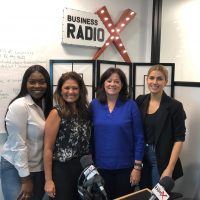 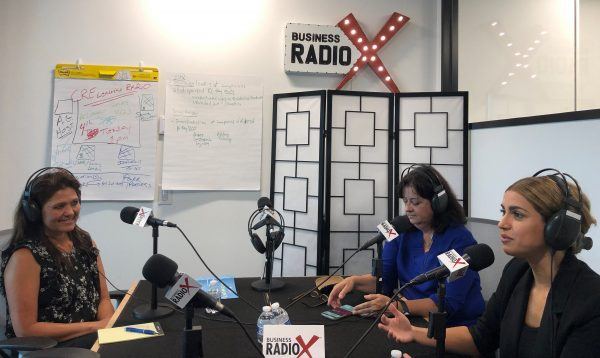 Since 1992, Women in Technology has had a mission dedicated to promoting the advancement of women in Georgia’s technology community. Through the WIT COMMUNITY, WIT also educates and encourages girls and young women to pursue careers in STEAM.

Stefanie Jewett is the founder and CEO of Activvely, the premiere social-pairing app that connects you with platonic fitness buddies. After five years of covering hard news at CNN her creativity breached the spillway and Activvely was born.

A Miami native, Stefanie grew up in a Spanish-speaking household, her Cuban roots never too far from her heart. Living in Central Virginia, Maryland and Washington D.C. inspired her to pursue a journalism career in earnest. This passion for news would see her at the U.S. Congress , National Republican Senatorial Committee, WSET, the Alliance to Save Energy and eventually landing a job at CNN.

Working on several projects and shows including Crossfire and the Situation Room, she held her own among the most elite journalists at the World Headquarters and the Washington D.C. bureau. Stefanie returned to Atlanta with a singular goal: to lift the stigma off swipe platforms solely being used for dating and help the people of this vibrant city connect. Her commitment to building intentional and impactful communities led her to create, Startup Sisters USA, a space where women of wild ambition can come together and collaborate.

Most recently, Stefanie was selected for Atlanta Tech Village’s “It Takes a Village” pre-accelerator, and as one of the Metro Atlanta Chamber of Commerce’s #ChooseATL Influencers for 2019. She is also a graduate of the City of Atlanta’s Women’s Entrepreneurship Initiative (WEI ‘18), and LaunchPad2x.

Nancy Cox is CEO of Boxford Wood Consulting, specializing in CIO and Fintech advisory services. Nancy held CIO and CTO roles for the last 15+ years with Worldpay and fiserv, and most recently the fintech startup Greenlight Financial Technology. She launched the Fintech program at the ATDC on behalf of Worldpay to drive innovation and support early stage Fintech ventures.

Nancy is an advocate for femtech and minority owned early stage start-ups in the Atlanta area. She is an adviser for Startup Chicks, a women specific training and support organization for entrepreneurs and a board member of Women in Technology and Advisory Board member of Per Scholas (ATL).

Connect with Nancy on LinkedIn.

Penny Collins joins WIT from First Data Corporation, where she served as Chief Technology Control Officer, Global Lead for Disaster Recovery Application Development, and Head of Global Cyber Security and Controls PMO. In addition to leading the company’s technology compliance and controls, she was also the global leader for First Data’s Women’s Leadership Council, and a solid champion for the organization’s support of WIT as a strategic partner.

Prior to First Data, Penny spent time as a business owner and entrepreneur, was Chief Process and Usability Officer for British Telecom (BT), and has spent her career leading global technology teams. She was awarded Women in Payments’ award for Education in 2019 and is an active member of the Atlanta non-profit community.