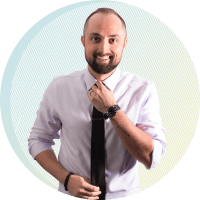 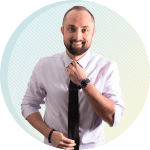 Jeremy Heilpern has been working in advertising since he was 12 years old when he founded his first digital agency. At 14 he went to college at the Art Institute of Atlanta, graduating with a BFA before he was 18 years old.

After graduating, Jeremy cut his teeth consulting with a number of shops in Atlanta, including LBi, Moxie, and MacQuarium.

He eventually settled down at The Morrison Agency, where he was hired to lead the 30-year-old shop in its quest to become a hybrid digital agency.

Along the way, he worked his way from a director to the c-suite, before taking over as president of the agency before he was 28 years old. During his leadership, the agency nearly doubled in size, added a robust technology development practice, re-launched its media department, and built a proficiency around CRM-based digital communication.

In November of 2017, Jeremy resigned from his post to launch Ammunition, a full-service digital agency that partners with brands to drive business with leading-edge digital strategy, personalized CRM, break-through creative, and everything in between.

In less than two years, Ammunition has grown into a 15 person shop with $8M+ in billings, and clients that include Mitsubishi Electric, Panasonic, Samsung’s Dacor, Eaton, Royal Building Products, Honeywell, Reliance Worldwide Corporation, and Katerra, among others.

He’s been awarded a WM. E. Surgner Excellence Award from the AAAA’s as well as a long list of industry awards, including AIMA’s 2018 Rising Star award.