On a special Thursday edition of DeKalb Business Today, host Matt Holmes does a quarterly catch-up with DeKalb Chamber of Commerce president Katerina Taylor. In the interview, Taylor weighs in on the latest corruption allegations in the county, the future of embattled Interim CEO Lee May and what it will take to finalize an agreement between the county and Atlanta United FC to bring the headquarters of Major League Soccer’s 21st franchise to the proposed site off Memorial Drive.

Katerina Taylor/President of the DeKalb Chamber of Commerce 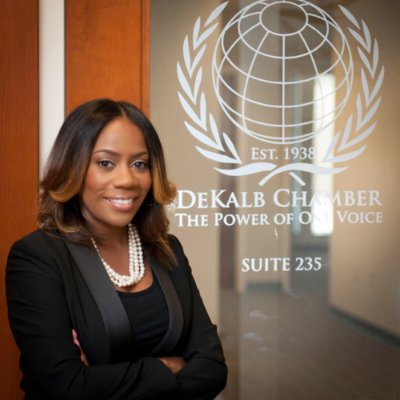 Katerina Taylor has been a part of the DeKalb Chamber of Commerce for almost three years. In September 2014 she became the Chamber’s first woman president and CEO in its 77-year history.  She’s a 15-year banking veteran and a strong advocate for community and business.  Her goal is to re-educate the DeKalb community on why the Chamber is so critical for growth and progress in DeKalb.