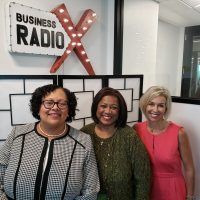 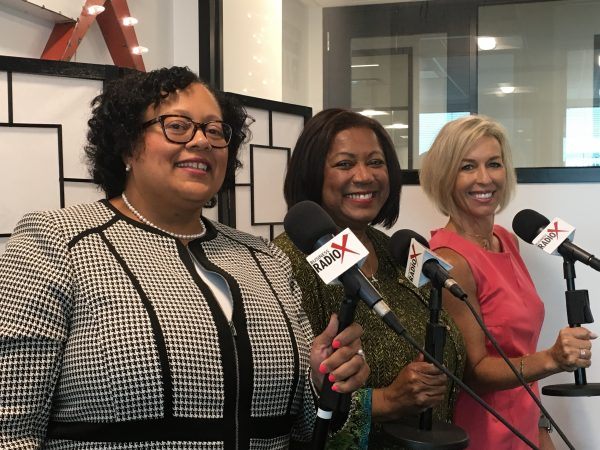 What sets Monique Honaman apart is her ability to see the big picture and think creatively, while also being able to put together a plan for execution. She has a passion for creating positive energy, driving momentum, and building community. She is the founding partner of three companies.

Founded in 1999, ISHR Group provides leadership assessment, development and coaching services to Fortune 1000 corporations and private equity firms globally. The firm has been featured in HR Executive, the New York Times, and the Atlanta Business Chronicle. It was recognized as a “Top Small Business” in the Southeast” by Business Leader, and as “One to Watch” in the B2B Top 25 Entrepreneurs Awards. Monique is the co-author of, “GUIDE Coaching: A Leader’s Strategy for Building Alignment and Engagement.” ISHR Group is a certified Women’s Business Enterprise (WBE) through WBENC (Women’s Business Enterprise National Council) and the Greater Women’s Business Council (GWBC).

Founded in 2010, High Road Less Traffic is Monique’s platform for writing and speaking as it relates to marriage, divorce, parenting, and co-parenting. She published, “The High Road Has Less Traffic” (2010), and “The High Road Has Less Traffic … and a better view” (2013). Monique is a frequent speaker (including NBC’s The Today Show and Fox News’ The Willis Report) and a regular contributor to The Huffington Post and eHarmony. She most recently co-authored a children’s book about the positive role of a step-parent, “BONUS Dad! BONUS Mom!™”

Founded in 2016, Contender Brands is a concept-to-consumer product development company whose mission is to develop and cultivate ideas that bring simplicity, joy and laughter to others. There are two distinct product lines. Ringo™ / RingoRefills is a portable (TSA friendly) ring cleaning system designed for the busy working and traveling woman. It was named an Amazon’s Choice in 2018 and was named by Forbes as an “ingenious gift for travelers” in December 2018 . GTKY (get-to-know-you) Games are a series of six conversation-starter card games designed to “teach the art of conversational curiosity.” The six games, Whine Barrel, Brew-aHa, Cocktail Farty, KegO’Cards, Kiss’N’Cards, and KIC-Start (kids in conversation) have received numerous awards (including the National Parenting Product Award). The games are launching in a major US-based big box retail store and in a casino system in 3Q19. Contender Brands was named to the Atlanta Business Chronicle’s inaugural Inno 50 on Fire to celebrate “Atlanta start-ups that are crushing it.”

Monique started her career with General Motors, and later joined General Electric’s Human Resource Management Program where she earned her certification as a Six Sigma Black Belt. Monique received her BA from the University of Michigan, a Master of Labor Relations from Michigan State University, and a Juris Doctorate from Albany Law School.

Monique is passionate about her philanthropic work, and presently serves on the Board of Directors Executive Committee for the Girl Scouts of Greater Atlanta. She is a member (and former Chapter Chair) of the Women President’s Organization (WPO), and a current member of the Atlanta Women’s Foundation Inspire class. She is a graduate of Leadership Georgia and Leadership Atlanta where she continues to play an active role as a volunteer (Co-chair, Leadership Day 2017; Co-chair, Closing Retreat 2019). She serves weekly in Guest Services at Buckhead Church. Monique was recognized as one of “40 Under 40” by the Atlanta Business Chronicle, received the POW! Award by Womenetics, and received the Star Award by the Women’s Business Enterprise National Council (WBENC).

Monique lives in Atlanta with her husband, Justin, their two teens, and their three rescue dogs. In her spare time, Monique enjoys photography, hiking, SCBUA diving, and traveling.

Deborah is on the Board of Directors for the Greater Women’s Business Council. She has been a mentor in GWBC’s mentor protegee program, participated on several committees and was the recipient of their “2015 Corporate Advocate of the Year” award.

Deborah is a native of Michigan. She has a Bachelor of Science degree in Criminal Justice from Ferris State University. Deborah received her Master of Business Administration in International Business from Baker College and is a Six Sigma Green Belt.

Connect with Deborah on LinkedIn. 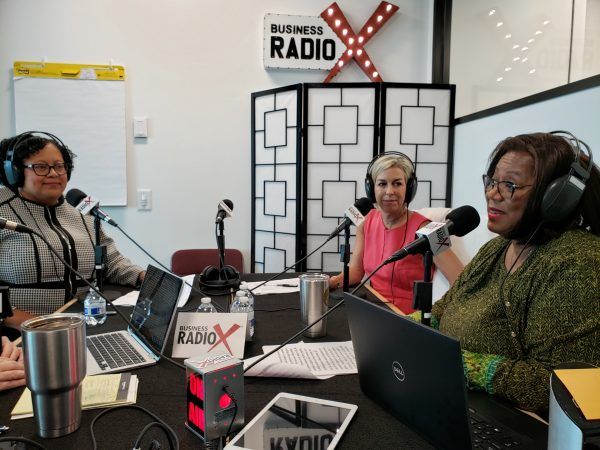 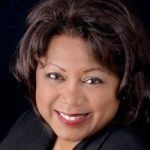 Roz Lewis is President & CEO – Greater Women’s Business Council (GWBC®), a regional partner organization of the Women’s Business Enterprise National Council (WBENC) and a member of the WBENC Board of Directors.

During her career she has received numerous awards and accolades. Most notable: Atlanta Business Chronicle’s 2018 Diversity & Inclusion award; 2017 inducted into the WBE Hall of Fame by the American Institute of Diversity and Commerce and 2010 – Women Out Front Award from Georgia Tech University.

She has written and been featured in articles on GWBC® and supplier diversity for Forbes Magazine SE, Minority Business Enterprise, The Atlanta Tribune, WE- USA, Minorities and Women in Business magazines. Her quotes are published in The Girls Guide to Building a Million Dollar Business book by Susan Wilson Solovic and Guide Coaching by Ellen M. Dotts, Monique A. Honaman and Stacy L. Sollenberger. Recently, she appeared on Atlanta Business Chronicle’s BIZ on 11Alive, WXIA to talk about the importance of mentoring for women.

In 2010, Lewis was invited to the White House for Council on Women and Girls Entrepreneur Conference for the announcement of the Small Business Administration (SBA) new Women Owned Small Business Rule approved by Congress. In 2014, she was invited to the White House to participate in sessions on small business priorities and the Affordable Care Act.

Connect with Roz on LinkedIn. 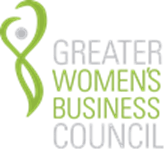