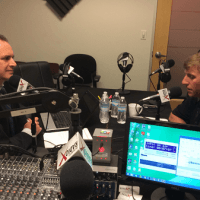 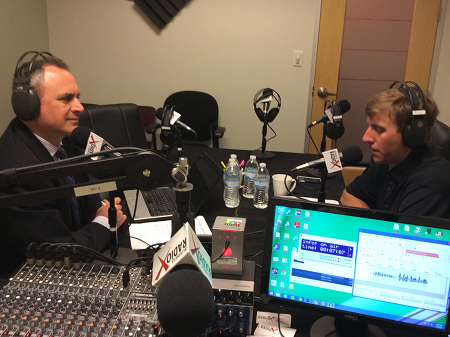 This week we talked about the Greater Gwinnett Championship and MileiQ. The Greater Gwinnett Championship, a Champions Tour event of the PGA started it’s annual schedule 4 years ago at TPC Sugarloaf.  The course was previously known as a PGA Tour stop as the ATT Classic TPC  from 1997-2008.  This popular event has been able to draw top Champions Tour pros, ranking #1 and #2 over the last couple of years for Strength of Field.

Michael Chapin, Director of Marketing for the Greater Gwinnett Championship shared how, as a golfer, he finds it gratifying to serve in his role for this PGA event.  He gets to interface with business leaders of small to large companies around the area to get them set up as sponsors for the tournament.  He talked about the variety of pro-business functions they host in addition to a range of hospitality offerings that afford sponsors the opportunity to meet the players along with spending amazing quality time with existing and prospective clients in an experience they’re unlikely to forget.

Michael talked about the charities, Children’s Healthcare of Atlanta and Gwinnett Medical Center’s Concussion Institute that benefit as a function of the tournament’s being held here in the Gwinnett area.  So, not only can sponsors build their client relationships through the platform of sponsorship, they’re also able to know they’re helping important charitable initiatives in the community.

I also spoke with Chuck Deitrich, CEO/Co-founder of MileIQ.  This is a COOL mobile app for iPhone/Android that automates tracking of drives, allowing users to classify them as business or personal with the swipe of a finger.  Just as easily, they’re able to categorize them for business dinner, business meeting, etc.  The app produces IRS-compliant reports that can be used to accurately report business miles for company reimbursement or for tax purposes.

Chuck talked about the fact that for many business people who try to manually report miles, MANY under-report, costing them hundreds of dollars or more annually in unreported mileage.  I’ve used the app for a few days now and it’s quite impressive and easy to use.  Midtown Business Radio listeners can go to www.mileiq.com/promo to find out how to use your listener code:  RadioX for a discount on a subscription (40 drives per month are free).