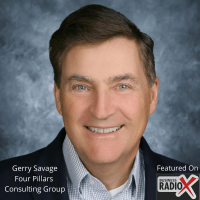 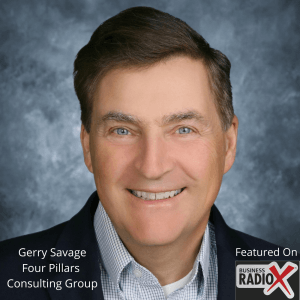 Gerry Savage had seemingly taken every sales course and sales training class out there. He still wasn’t satisfied, so he wrote the book himself, you might say. Gerry joined host John Ray to discuss his book, The Four Pillars of Sales, and the sales consulting work he does for individuals and companies. “North Fulton Business Radio” is produced virtually by the North Fulton studio of Business RadioX® in Alpharetta.

Gerry Savage began his sales career over three decades ago in 1985 after serving on active duty in the United States Marines. In 1991 he entered the field of total joint replacement, winning five President Club awards with Zimmer Orthopedics between 1995 and 2003. Gerry went on to become a distributor for Biomet Orthopedics and then eventually served as a Reginal Director for Conformis and Eastern Regional Vice President for MicroPort Orthopedics. Gerry is currently Vice President of Sales for Maxx Orthopedics U.S. He received both his undergraduate and graduate degrees in business administration from Eastern University in St. Davids, Pennsylvania, where he was also an adjunct professor. 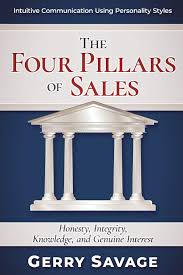 Gerry’s book, The Four Pillars of Sales takes you on a real-life journey that gives you the tools necessary to reach the success you desire. Gerry eloquently weaves in his 34 years of sales experience into a unique sales process that identifies your own personality style and that of your customer. You will find yourself communicating effectively with your customers in a natural non-threatening way that finally allows you to build long-lasting relationships.

​When not traveling and pursuing his next opportunity to grow business, Gerry looks forward to spending time in Maine with family and friends, writing with his trusted Cavalier King Charles Spaniel, Brady, by his side, or at the barn riding horses. An avid equestrian, his love for horses was passed down from his grandfather and father. He has competed in the hunter ring over fences as an equestrian throughout central Pennsylvania, where he has lived for the last twelve years with his family.

North Fulton Business Radio” is hosted by John Ray and produced virtually from the North Fulton studio of Business RadioX® in Alpharetta. You can find the full archive of shows by following this link. The show is available on all the major podcast apps, including Apple Podcasts, Spotify, Google, iHeart Radio, Stitcher, TuneIn, and others.