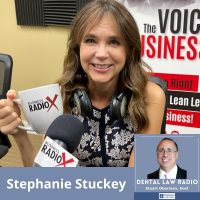 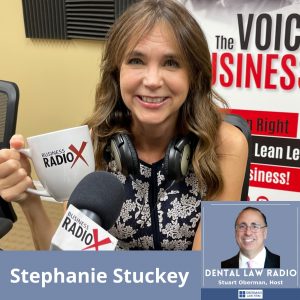 How do you revive a brand name which the world has left for dead? CEO Stephanie Stuckey joined host Stuart Oberman to share the compelling story of how she and her team are resurrecting Stuckey’s Corp. Stephanie discusses why she plunged into this rebuild even when she was discouraged by others, the importance of having a management team which balances each other’s skills, the power of sharing not just victories but setbacks, and much more. It’s must listening, not just for dentists thinking of acquiring practices, but any entrepreneur considering a brand reconstruction of their own. Dental Law Radio is underwritten and presented by Oberman Law Firm and produced by the North Fulton studio of Business RadioX®. 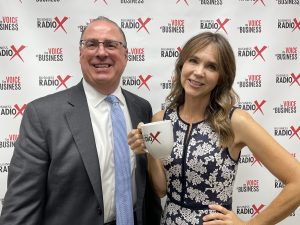 Hosted by Stuart Oberman, a nationally recognized authority in dental law, Dental Law Radio covers legal, business, and other operating issues and topics of vital concern to dentists and dental practice owners. The show is produced by the North Fulton studio of Business RadioX® and can be found on all the major podcast apps. The complete show archive is here. 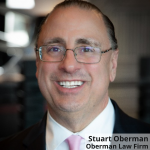 Stuart Oberman is the founder and President of Oberman Law Firm. Mr. Oberman graduated from Urbana University and received his law degree from John Marshall Law School. Mr. Oberman has been practicing law for over 25 years, and before going into private practice, Mr. Oberman was in-house counsel for a Fortune 500 Company. Mr. Oberman is widely regarded as the go-to attorney in the area of Dental Law, which includes DSO formation, corporate business structures, mergers and acquisitions, regulatory compliance, advertising regulations, HIPAA, Compliance, and employment law regulations that affect dental practices.

Mr. Oberman is a national lecturer and has published articles in the U.S. and Canada.

By meeting their client’s goals and becoming a trusted partner and advocate for our clients, their attorneys are recognized as legal go-getters who provide value-added service. Their attorneys understand that in a rapidly changing legal market, clients have new expectations, constantly evolving choices, and operate in an environment of heightened reputational and commercial risk.

Oberman Law Firm’s strength is its ability to solve complex legal problems by collaborating across borders and practice areas.