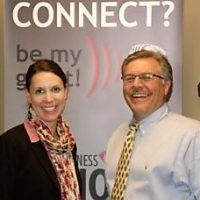 The German American Chamber of Commerce of the Southern United States, Inc. (GACC South) was founded in 1978 to promote and support bilateral trade between Germany and the U.S. The GACC South is headquartered in Atlanta, Georgia, with a branch office in Houston, Texas and serves the 13 Southern states and territories of Alabama, Arkansas, Florida, Georgia, Louisiana, Mississippi, North Carolina, Oklahoma, Puerto Rico, South Carolina, Tennessee, Texas and the U.S. Virgin Islands. Five local chapters, located in Florida, North Carolina, South Carolina, Tennessee and Texas are supporting the region.

The GACC South is a private, non-profit organization and serves as the official representative of German industry and trade in the Southern U.S. It is part of an international network composed of 120 German foreign chambers of commerce and government offices in 80 countries. The GACCs are one of the largest bi-national chambers in the United States.

Martina Stellmaszek is originally from Munich, Germany. She has a double degree in Business Administration from the European School of Business in Reutlingen, Germany and the Universidad Pontificia Comillas in Madrid, Spain, and earned her MBA from Emory University’s Goizueta Business School in Atlanta, GA in 2011.