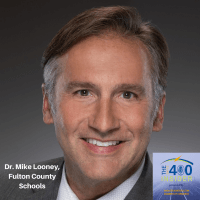 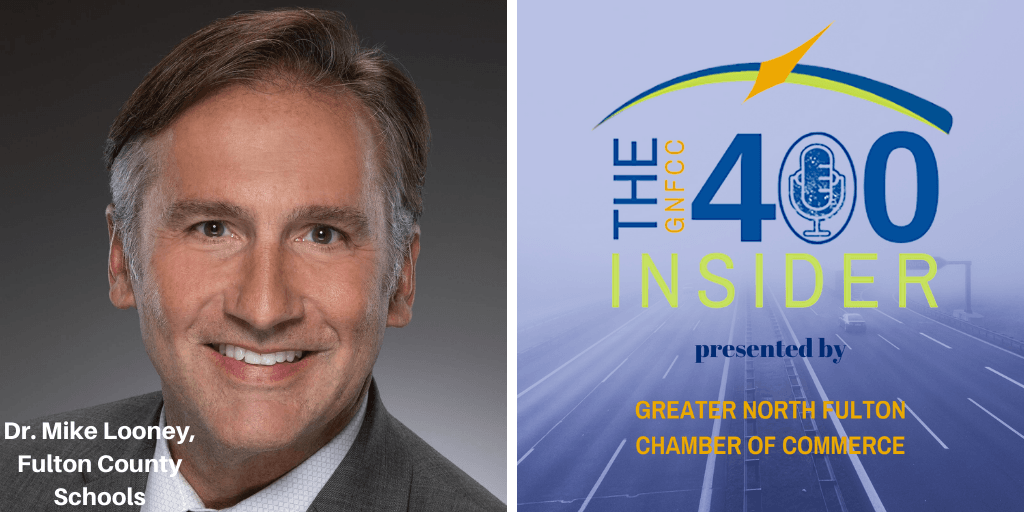 Dr. Mike Looney, Superintendent of Fulton County Schools, briefed attendees of the WellStar Chamber Luncheon Series on fall school reopening scenarios, lessons learned this past spring, and much more. It’s must listen for parents, students, businesses, and all stakeholders in Fulton County Schools. The host of “The GNFCC 400 Insider” is GNFCC CEO Kali Boatright and the show is presented by the Greater North Fulton Chamber of Commerce and produced by the North Fulton studio of Business RadioX®. John Ray and Business RadioX was the media sponsor for this event.

Dr. Looney’s work has been presented for regional and national audiences on a wide range of educational and leadership topics.

Dr. Looney also served as Superintendent of the Butler County School District in Alabama. Under his leadership the school district realized significant student achievement gains, improved the graduation rate, and established the district’s first magnet school. In recognition of his work there, he was selected as Greenville, Alabama’s Citizen of the Year in 2008.

Before arriving at Butler, he was Assistant Superintendent for Curriculum and Instruction in Montgomery Public Schools. Under his leadership, the district of 61 schools and 31,000 students received national notoriety for its improvement in reading achievement scores.

Dr. Looney, a public educator since 1994, has also served in the roles of classroom teacher, assistant principal and principal. During his tenure as principal, his school was recognized for closing the achievement gap for underprivileged and minority students. His school was highlighted at both the state and national levels and was named a National Title I Distinguished School.

Prior to entering the field of education, he served as finance manager for a privately-held corporation with fifty employees in Anniston, Alabama. His responsibilities included corporate finance, marketing, and human resource management.

Dr. Looney is a military veteran having served for seven years in the United States Marine Corps before being honorably discharged with a service-related injury. His military service was distinguished by four meritorious promotions which included his being selected as the Marine of the Year for MCRS Montgomery serving Alabama, Mississippi and Florida. In addition to other medals and ribbons, Dr. Looney was the recipient of the Navy and Marine Corps Achievement Medal. His military duties took him all over the world and included a six-month tour on the USS Raleigh with the 2nd Marine Division, II Marine Amphibious Force. He is the father of four grown children.